A Tale of Two Dedications

I own several copies of Philip K. Dick’s The Man in the High Castle.  The oldest is a battered used paperback copy that I found online of the Popular Library edition from 1962 and was published in arrangement with G.P. Putnam’s Sons.  At the time of that printing the cost for the book was sixty cents.  That’s not how much I paid for it.

The second version I have is the one I first read back around the summer of 1993. It is the First Vintage Books Edition, July 1992. Nowadays, however, I re-read it in electronic form, via the Kindle edition of the Houghton Mifflin Harcourt imprint.

In the older paperback edition, the dedication reads:

“Phil dedicated the novel to me … I wasn’t sure I liked this phrasing. I never did quite understand it.”

Larry Sutin, however, in his PKD biography suggests it was a thank you to Anne for pushing PKD to rent the “Hovel,” a small hut up the road, from the house they lived in together, on a property belonging to the local sheriff:

“Phil had developed the habit of coming out of his study to read new passages to Anne. It wore her out, and she suggested that he find a work space away from the house.”

“It was a drastic break. But in the isolated Hovel, Phil the writer was not merely reborn, but transformed.”

“We were spending a lot of time together, but I needed a couple of hours without paying attention to Phil. I asked him to move his study outside the house.”

“… [Phil] was telling Anne that he loved it there, and that it made him really comfortable.”

Thereafter, despite Anne’s entreaties PKD refused to move his writing back to their house. Larry Sutin writes:

“Anne regretted his absence at once, but Phil would not change his mind, though he too suffered from the separation”

“But although I urged him to, he wouldn’t move back. He said, ‘My mother taught me to take the consequences of my actions. I never chew my cud twice. Never look back. Something might be gaining on you.'”

Today, however, in the latest the editions, the dedication reads differently:

Tessa was PKD’s fifth wife. Anne, in later years, would remember when PKD wrote to Laura (their daughter):

“You might tell your mother that The Man in the High Castle is supposed to be republished here in the United States again, and it’s dedicated to her, although she didn’t like the dedication. I guess I could change it when the novel comes out again…. You might ask her if she wants me to. Love, Daddy”

She also emphasizes that PKD never talked to her directly about this and that she didn’t pay attention to the letter, believing PKD would never change the dedication; but later her:

“third daughter, Tandy, picked up a copy of The Man in the High Castle at a bookstore in order to show a friend Phil’s dedication to her mother. [Tandy] was shocked to see that the novel was now dedicated to Tessa. [Anne] felt bad and, as usual, couldn’t believe that Phil would do such a thing, but perhaps he’d thought he’d asked [her] if [she] still wanted the dedication—and [she] hadn’t bothered to answer. “ 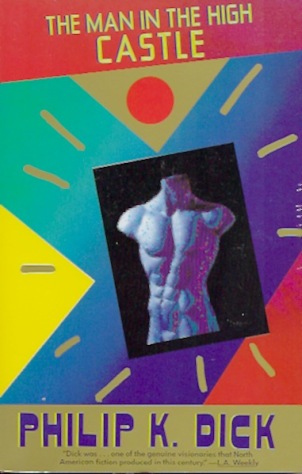 Disclaimer: this is an amateur attempt, and I claim no academic or inside knowledge.  I am only a fan, and in no way affiliated with PKD or his Estate. I’ll make sure to credit my sources, but errors will be made, and I will be solely responsible.  Feel free to correct me, but please do so with a gentle hand. Let’s talk first.

View all posts by JS